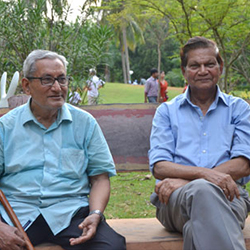 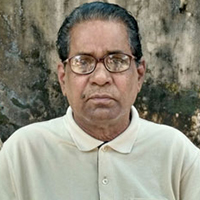 1. Who are the Pensioners who are eligible for this Revision of Pension?

2. How will they apply online?

3. What is Aadhaar eKYC?

Aadhaar eKYC is a paperless Know Your Customer (KYC) process, wherein the Identity and Address of the subscriber are verified electronically through Aadhaar Authentication. It can be used as an alternate to current KYC process which is done based on physical photocopies of the original documents (ID proof and Address proof).

5. I do not have mobile / email id. How will OTP be delivered to me?

In the context of Aadhaar, usage of OTP adds the factor of "possession of mobile/email address, as a way to strengthen the authentication. Hence OTP will not be available as an option for residents who have not registered their mobile number or email with Aadhaar system.

6. What if the Pensioner needs any help while applying Annexure C online?

They can contact the Helpline Numbers provided in the Home Page of the Revision of Pension.

7. In what format will the Pensioner upload the scanned image of the 1st page of their PPO book?

They can take a picture from their mobile phone and upload it in JPEG or PNG or PDF version.

8. How will a Pensioner without Aadhaar Card, apply for this further Revision of Pension?

They can go to their Pension Disbursing Authority and take their help in applying in an offline manner.

9. How can a Pensioner who has applied online be able to view their status?

They can click on the "Track Application Status" input the Application Number and track the status of the same.

10. How can a Pensioner be appraised of the status of their Application?

The Pensioner's will receive regular SMS and emails updates, informing them the status of their application. They need to ensure that they fill in their Mobile No. and Email ID in the Annexure C form.

11. If the Pensioner is receiving any other Pension, does he need to inform that?

The Pensioner needs to provide details of any Pension received by him along with a scanned copy of the 1st Page of the PPO Book of that Pension.

What Is Aadhaar Authentication?

Aadhaar Authentication means the process by which the Aadhaar number along with the demographic information or biometric information of a Aadhaar number holder is submitted to the Central Identities Data Repository (CIDR) for its verification and such repository verifies the correctness, or the lack thereof, on the basis of the information available with it.

The Aadhaar number or the authentication thereof shall not, by itself, confer any right of, or be proof of, citizenship or domicile in respect of an Aadhaar number holder. Several requesting entities (or service providers) require individuals to submit their identity proofs that serve as an enabler for providing consumer services, subsidies or benefits. While collecting such identity proofs, these service providers face challenges in verifying/validating the correctness of identity information documents or proofs submitted by individuals. The purpose of Aadhaar Authentication is to provide a digital, online identity platform so that the identity of Aadhaar number holders can be validated instantly anytime, anywhere. UIDAI offers Aadhaar-based authentication as a service that can be availed by requesting entities (government / public and private entities/agencies). This service from UIDAI can be utilized by the requesting entities to authenticate the identity of their customers / employees / other associates (based on the match of their personal identity information) before providing them access to their consumer services / subsidies/ benefits / business functions / premises.